Ski Slope on the roof the Copenhagen's New WTE Facility 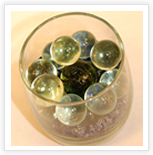 Waste-to-Energy: where now and where next?

Should Environmental Professionals invest in Waste Companies?
Scroll to top