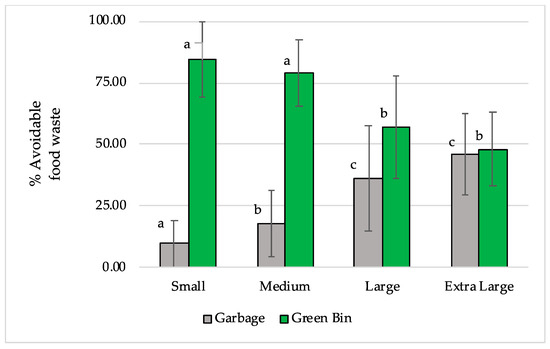 The City of Toronto provides residents with a pay-as-you-throw (PAYT) waste program that includes a choice of four garbage cart sizes ranging from small,  medium, large, and extra large.  Annual user fees range from $18 (small cart) to $411 (extra large cart).  Each household also gets a green cart for organic waste and a blue cart for recycling at no annual cost.

The results of the research show that, on average, each household disposed 4.22 kg/week of total food waste, 69.90% of which was disposed in the green cart, and disposal increased significantly (p = 0.03) by garbage cart size to L but not XL garbage carts. Of this total, 61.78% consisted of avoidable food waste, annually valued at $630.00–$847.00 CAD/household.

Toronto’s PAYT waste program has been effective at diverting food waste into the green cart but not at reducing its generation. Higher median incomes were positively correlated, while higher neighbourhood dwelling and population density were negatively correlated, with total and avoidable food waste disposal. Regression analyses explained 40–67% of the variance in total avoidable food waste disposal.

Higher supermarket density and distance to healthier food outlets were associated with more, while dwelling density was related to less, total and avoidable food waste disposal.

Distance to fast food restaurants and less healthy food outlet density were both negatively associated with avoidable food waste disposal in the garbage and green cart, respectively. Avoidable food waste reduction interventions could include increasing garbage cart fees, weight-based PAYT, or messaging to households on the monetary value of avoidable food waste, and working with food retailers to improve how households shop for their food.

The researchers conclude that the data from the stud can be used to help formulate avoidable food waste reduction interventions. In terms of the PAYT waste program, this could be accomplished by re-visiting and potentially increasing garbage cart fees. Alternately, PAYT could be switched to a weight-based approach which has been shown to be more effective at source reduction of waste. 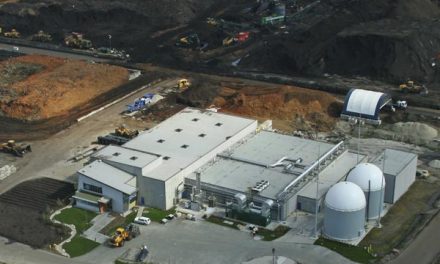 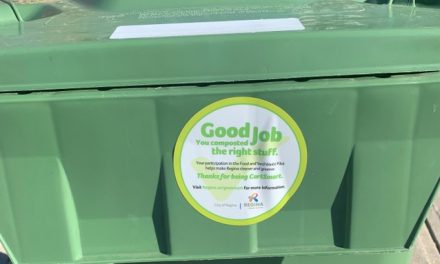 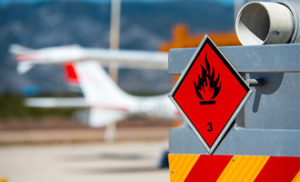 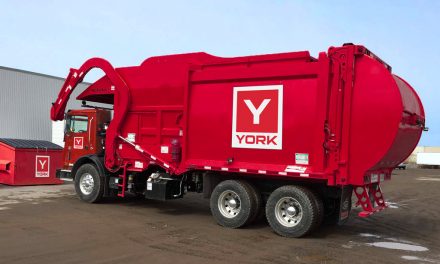